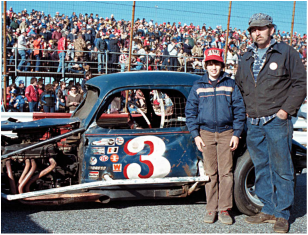 Boehler made his name as a racecar designer/builder in the NorthEast race scene. He fielded the legnedary "Ole Blue" number 3Modified from the 1960's through the 1990's. His cars were always home-built and made on a strict budget. The cars were driven to multiple championships by Bugs Stevens (1967-68-69), Wayne Anderson (1994) and Tony Hirshman (1995-1996); and claimed many feature wins. Famed drivers such as Fred DeSarro, Ron Bouchard and Mike McLaughlin also had success in the Boehler number 3 car.

Upon Boehler's death in 2001, his wife Janice and son Michel took over the eam and continue his winning tradition.